Development
January to May 2018
Risk was a group university project involving the implementation of an artificial intelligence into a simplified version of the game ‘Risk’ by Hasbro.

A full graphical user interface was created and a MINIMAX algorithm was coded for the artificial intelligence. The game could be played by two entities at one time (Player vs Player, Player vs AI, or AI vs AI).

The game was coded in the Java programming language. 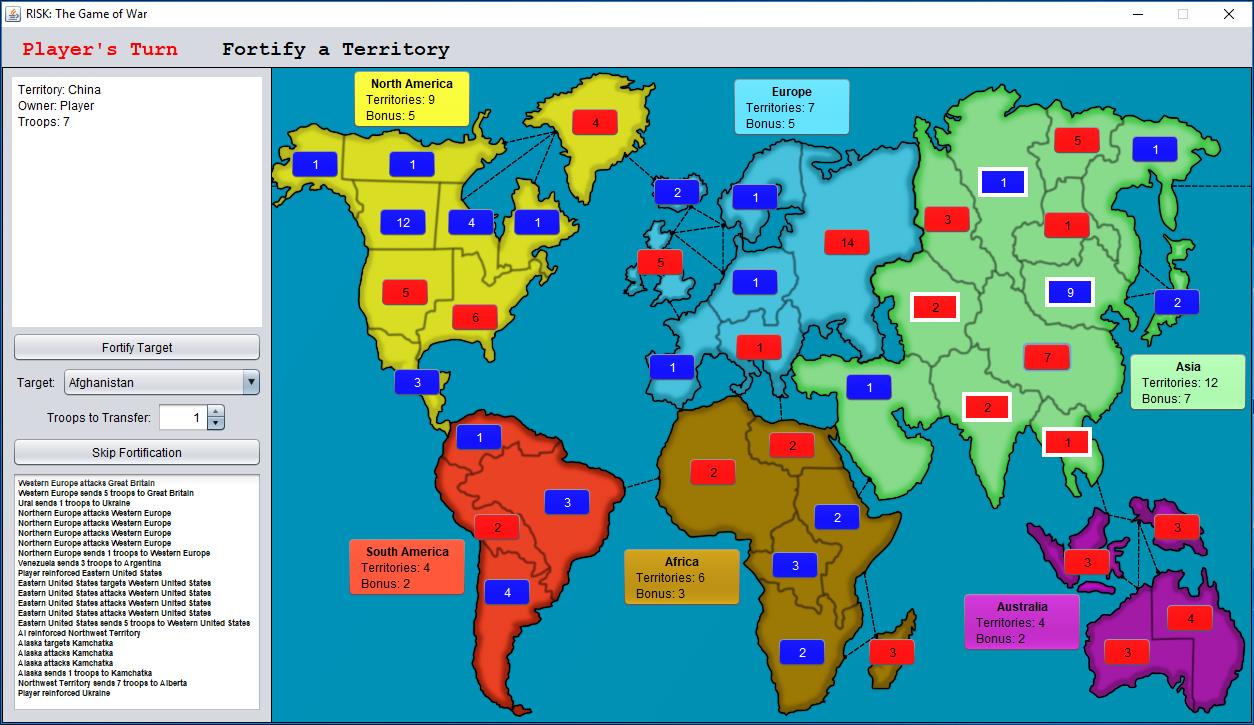 Development
January to May 2017
Asteroids was a university project involving the creation of a game similar to the famous arcade title ‘Asteroids’ produced by Atari, Inc. in 1979.

The player controls a space ship (depicted by the isosceles triangle) and must avoid colliding with the moving asteroids (depicted as circles). The player can achieve this by firing missiles from their ship to destroy the asteroids.

The game was coded in the C programming language and designed for the LPC40888 ARM processor.

Development
September to December 2016
Pong was a university project involving the development of a single-player version of Pong which bared a strong resemblance to the Atari, Inc. arcade game ‘Breakout’ released in 1976.

The game was coded in the C programming language and designed for the LPC40888 ARM processor.

Development
2014 to 2015
Eduventure was a college project involving the development of a game similar to Pac-Man. The game was coded in GML.